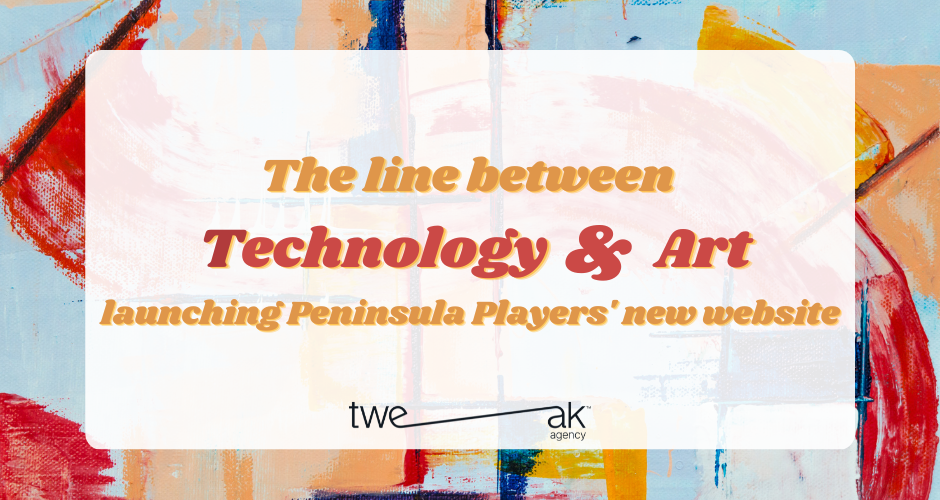 Peninsula Players is a theater situated on the bank of Lake Michigan, this seasonal theater is well known in the bigger Door county region as a magnificent work of art. The surroundings, as it’s situated in a forest add a touch of mystique to this wonderful initiative.

The organization has roots in the previous century and they proudly say that it just keeps getting better. With their origins in 1935, a full 87 years ago, they must have a ton of stories. Stories from characters, from the art department, wardrobe, makeup and directors. Stories of interns spreading their wings…

Miranda Roberts, Project manager at Tweak Agency, likes to say that she likes web development because it’s a balancing act between creativity and technology. It’s a line that is often blurred, to incorporate the best of both worlds into a project.

Making use of technology to support and encourage art, in this case, was the goal.

When Peninsula Players connected with Tweak Agency to help with an overall for their website in 2021, we had to tread carefully to preserve the art but also to ensure the art is accompanied by a beautifully designed, mobile-friendly website that encourages visitors to pop in for a performance.

Another aspect that Tweak Agency put at the forefront of this project was to encapsulate the magic of the theater, its location and its productions into the website: this was done by using high-resolution photos on a rotating header.

Event cards were added, all uniform, that organize and present the various productions easily. This feature was tested multiple times to ensure that the mobile view offers the same convention.

For Peninsula Players, having a mobile-friendly website was ultimately the priority, as they are reliant on visitors and tourists. Putting the theater in the palm of tourists' hands, with an easy booking mechanism encourages visitors to attend performances. Traditionally, mock-ups are first done for the desktop computer and adjusted for mobile devices. However, due to the importance of being able to reach tourists, for Peninsula Players, this process was turned around to start with mobile mockups.

Tweak Agency, as a specialist in traditional and new media, knows that you can use technology to help you create just about anything you can think of. Technology and art are never really separated, especially not in this digital age. Despite that, they don’t have to be mutually exclusive but can be used to support each other.

Tweak Agency can help you, whether it's marketing for an artistic initiative or a business.